The Gompertz model is one of the most well-known mortality models. It does remarkably well at explaining mortality rates at adult ages across a wide range of populations with just two parameters. This post briefly reviews the Gompertz model, highlighting the relationship between the two Gompertz parameters, \(\alpha\) and \(\beta\), and the implied mode age at death. I focus on the situation where we only observe death counts by age (rather than mortality rates), so estimation of the Gompertz model requires choosing \(\alpha\) and \(\beta\) to maximize the (log) density of deaths.

The \(\alpha\) parameter captures some starting level of mortality and the \(\beta\) gives the rate of mortality increase over age. Note here that \(x\) refers to the starting age of analysis and not necessarily age = 0. Indeed, Gompertz models don’t do a very good job at younger ages (roughly \(<40\) years).

Under a Gompertz model, the mode age at death, \(M\) is 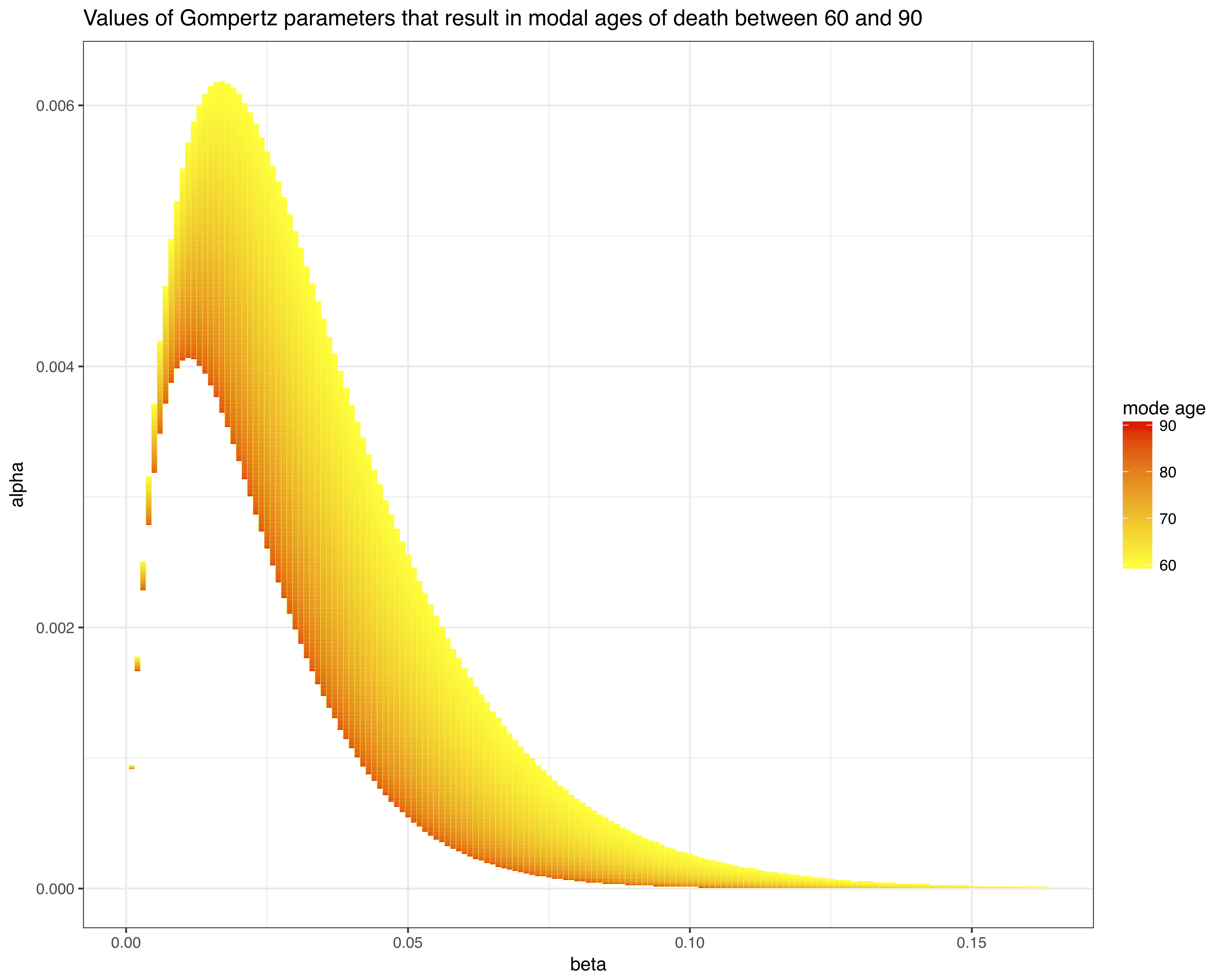 This is part of an ongoing project with Josh Goldstein on modeling mortality rates for a dataset of censored death observations. Thanks to Robert Pickett who told me about the Tissov et al. paper and generally has interesting things to say about demography.