The SVD of matrix \(X\) is \[ X = UDV^T \] The three matrices resulting from the decomposition have special properties:

In practice, the components obtained from SVD help to summarize some characteristics of the matrix that we are interested in, \(X\). In particular, the first right singular vector (i.e. the first column of \(V\)) gives the direction of the maximum variation of the data contained in \(X.\) The second right singular vector, which is orthogonal to the first, gives the direction of the second-most variation of the data, and so on. The \(U\) and \(D\) elements represent additional rotation and scaling transformations to get back the original data in \(X\).

SVD is useful as a dimensionality reduction technique: it allows us to describe our dataset using fewer dimensions than implied by the original data. For example, often a large majority of variation in the data is captured by the direction of the first singular vector, and so even just looking at this dimension can capture key patterns in the data. SVD is closely related to Principal Components Analysis: principal components are derived by projecting data \(X\) onto principal axes, which are the right singular vectors \(V\).

Use in demographic modeling

Using SVD for demographic modeling and forecasting first gained popularity after Lee and Carter used the technique as a basis for forecasting US mortality rates. They modeled age-specific mortality on the log scale as

Imagine you have observations of age-specific mortality rates in multiple years. Create a matrix, \(X\), where each row represents the age-specific mortality rates in a particular year. Modeling of mortality rates is often done on the log scale (to ensure rates are positive), so you may want to take the log of \(X\). Then do a SVD on this matrix - in R this is as easy as svd(x). The age patterns of interest are then contained in the resulting v matrix; so for example svd(x)$v[,1:3] would give you the first three age ‘principal components’ of your matrix.

For modeling, the idea is that different linear combinations of these components allow you to flexibly represent a wide range of different mortality curves. For example, log-mortality rates could be modeled as 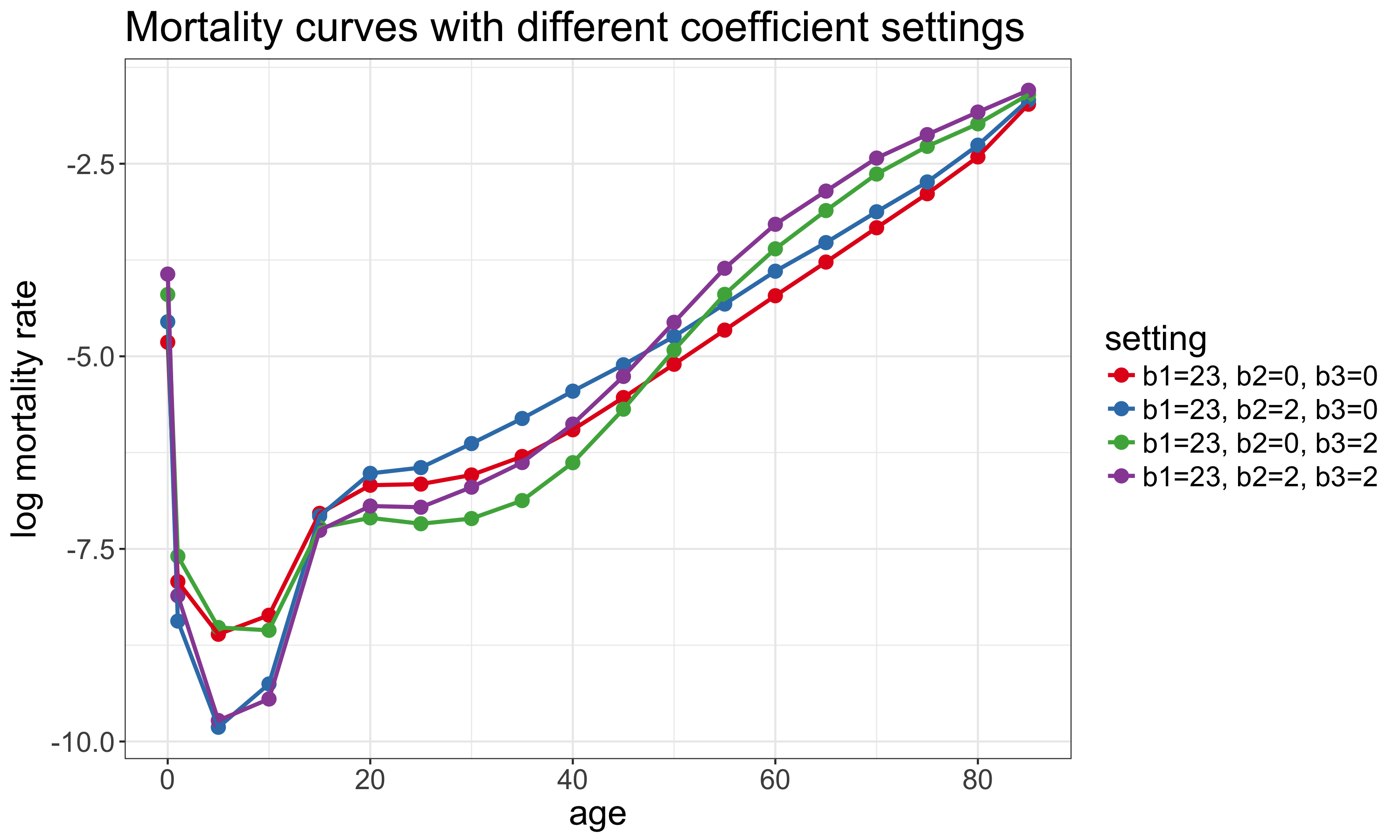 This technique of representing and modeling underlying age patterns need not be restricted to modeling all-cause mortality. For example, SVD proves useful when looking at deaths due to opioid overdoses by race and state in the US. Even though opioid overdoses are rapidly increasing for both the black and white population, overdoses are still a relatively rare event, and so death rates calculated from the raw data suffer from large stochastic/random variation. 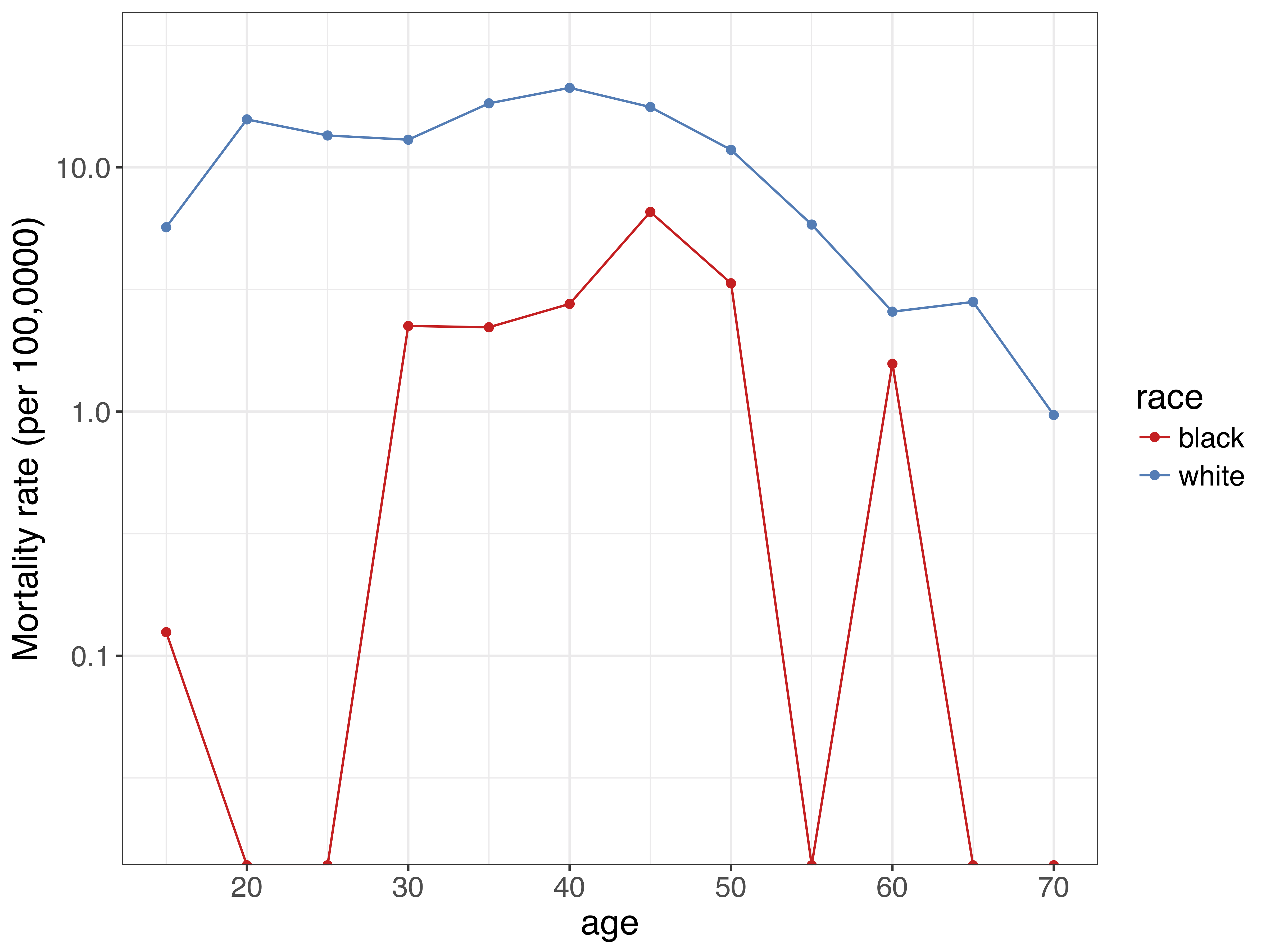 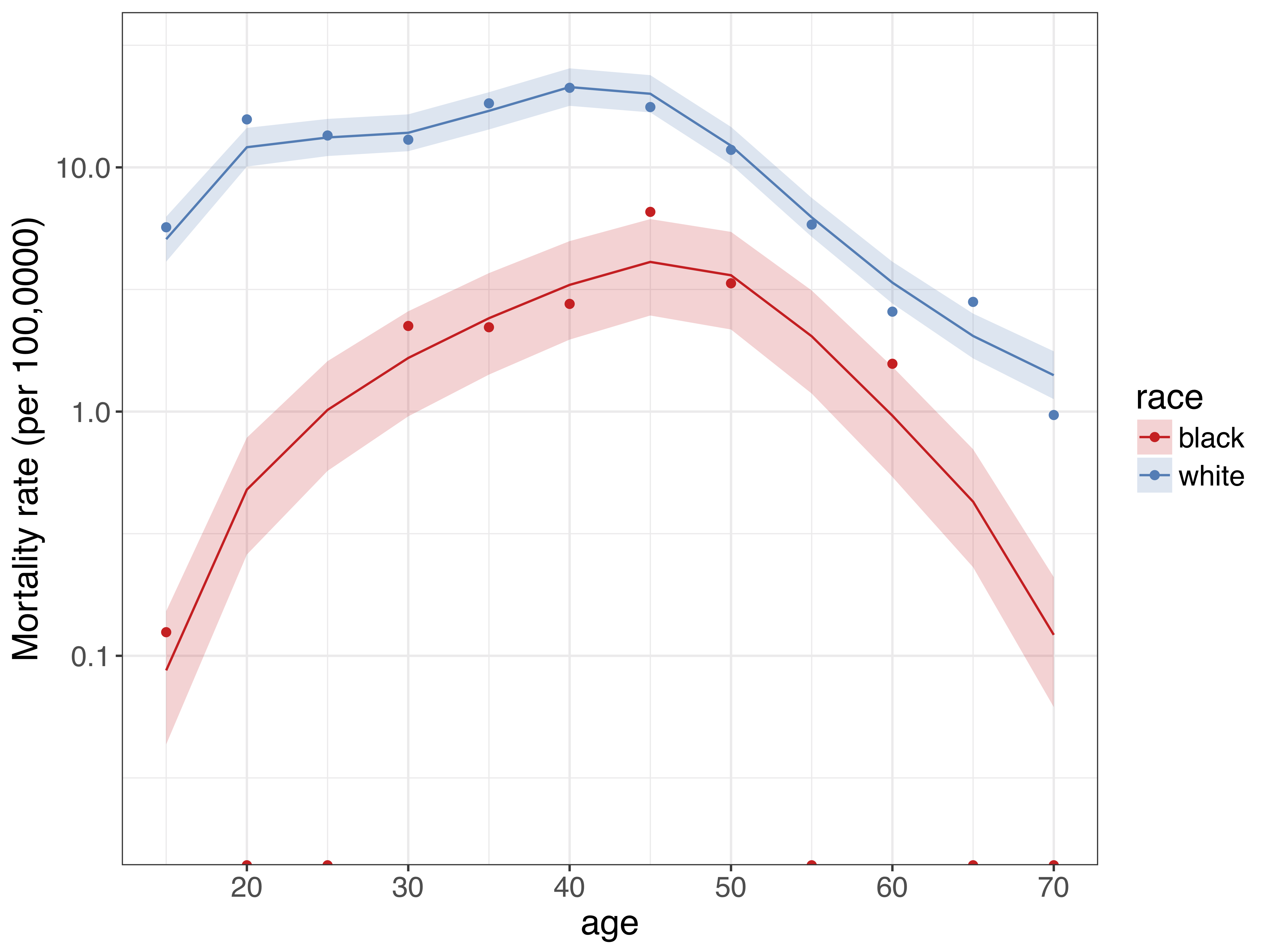 SVD is a useful technique to extract the main characteristics of age patterns in demographic indictors. These structural age patterns are useful to get a better idea of underlying processes when available data are sparse or noisy. Age patterns derived from SVD can be flexibly shifted and adjusted based on available data. Built-in functions in R make it relatively easy to use SVD to better understand, model and project demographic indicators.